Warner Bros. has dropped the official main trailer for Dune, and it shows off the many members of House Atreides. Based on the book of the same name, the film follows Timothée Chalamet as Paul Atreides, the son of a Duke who is destined to become a leader and save the people of Dune, aka Arrakis.

The trailer focuses on the many House Atreides members, but we do get to see some of the Fremen, the people of Dune, and the villains including Dave Bautista as Glossu Rabban and Stellan Skarsgård as Baron Vladimir Harkonnen. It also features epic scenery and music that reminds me of Wonder Woman and sword and sandal epics like Troy.

A mythic and emotionally charged hero’s journey, “Dune” tells the story of Paul Atreides, a brilliant and gifted young man born into a great destiny beyond his understanding, who must travel to the most dangerous planet in the universe to ensure the future of his family and his people. As malevolent forces explode into conflict over the planet’s exclusive supply of the most precious resource in existence—a commodity capable of unlocking humanity’s greatest potential—only those who can conquer their fear will survive. 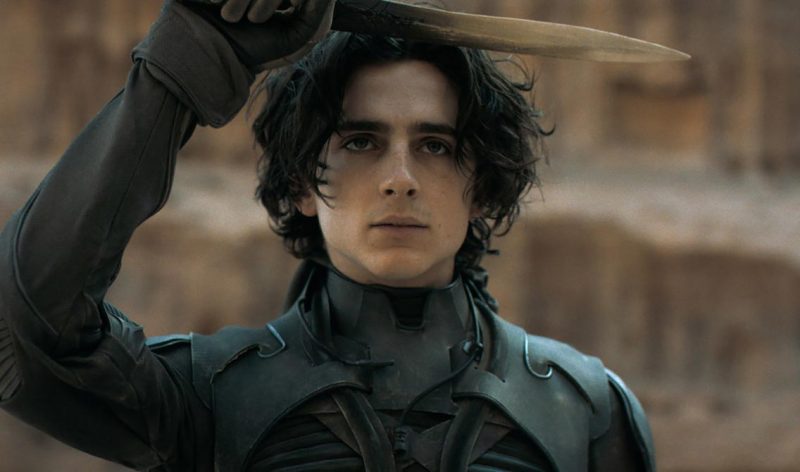 The film is directed by Denis Villeneuve (Arrival, Blade Runner 2049) from a screenplay by Jon Spaihts and Villeneuve and Eric Roth, which is an adaptation of Frank Herbert’s Dune.

Dune will be released in theaters and on HBO Max on October 22, 2021. It will be available on HBO Max for 31 days from the theatrical release.